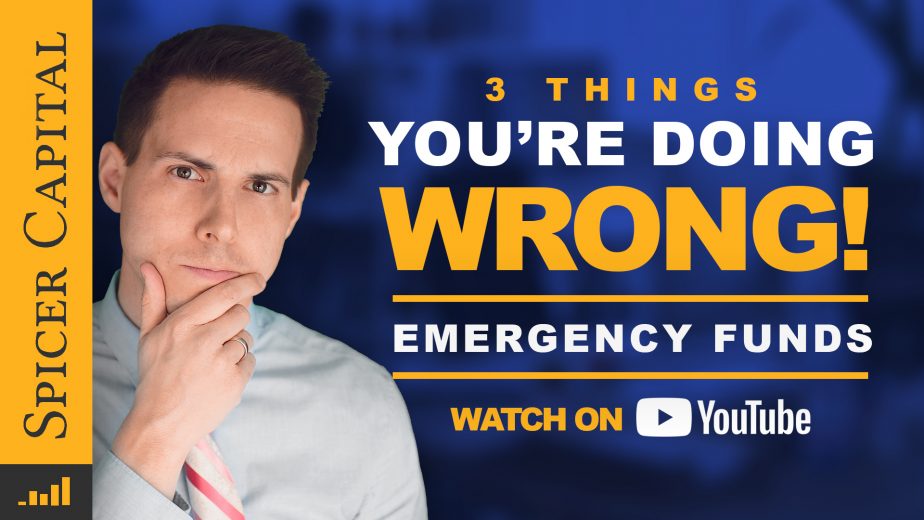 When you critically consider the advice most people offer about emergency funds, three glaring flaws stand out.

If you’ve been around me for any amount of time, you know that I’m not a fan of taking things at face value. Just because every “expert” regurgitates the same advice, that doesn’t make it right. And even with a concept as simple as an emergency fund… they’re failing you.

In case you’re not familiar with the concept, your emergency fund is that money you have (or should have) saved in case of emergency—job loss, debilitating illness, tree falls on your home—you know, money that is there when you need it, so you don’t have to tap into your brokerage or retirement accounts, or worse, go into debt (...or even worse, go into more debt).

This should be one of the first steps in your financial planning process. And there are plenty of fine resources out there to help you find strategies to build your own emergency fund (for example, check out this video from The Financial Diet: https://youtu.be/L3EwcjzHiqY).

I’m going to assume that you’re familiar with the basics of what most experts recommend when it comes to your emergency fund, because for this video, I want to focus on what’s wrong with that traditional advice.

So far, I’ve identified three majors flaws: flaws that, when realized, will make you less confident and leave you feeling (I’m sorry, but) less secure. So if you don’t want to have to deal with that reality and the stress and pressure of finding a better way, you should probably stop watching right here.

Tidy little rules like that—you know, like if your household has a single income you need exactly six months' worth of living expenses, and if you’re dual income,  you only need three—that can be nice. Our brains like rules of thumb like that; they don’t have to work as hard. But it's just that—a rule of thumb—yet it’s often preached as dogma.

Think about where that rule originated: it comes from the average amount of time people are out of work after losing their job. But there are a whole bunch of people who are out of a job longer than that. And, that’s just one of the potential emergencies with which this “rainy day” fund is supposed to help you.

Fixing this isn’t too hard, but it will require a little work—a little brain power—on your part.

You need to understand your monthly expenses. Itemize them. Actually write them down. When they fluctuate each month—like groceries or gas—assume the high end of that fluctuation range. Then, think about what you must have and what you could give up.

The YouTuber Beat the Bush does a great job at critically approaching this one point specifically, walking you through an itemized budget. You might want to check out his video here: https://www.youtube.com/watch?v=_MO28oMcgFo.

Now, think about how many months you would need funded so  you can sleep well at night. This number will not be the same for everyone. And it’s not just a matter of your comfort level or risk tolerance; consider how difficult it would be to replace your income.

That’s a lot to consider, and unfortunately, that’s not an exhaustive list. But hopefully you see where I’m coming from and can replicate the mental exercise for yourself.

Honestly, after all that, I think most people would feel more comfortable with 12-24 months of emergency fund savings. I don’t mean to suggest a new rule of thumb for you to follow. I just want to illustrate how devastatingly off a three-month e-fund could be!

Throw out your rules. For this to work, you have to actually think about it! The number you come up with has to mean something to you.

If you think other people could benefit from this process,  please take a moment right now to share this post (or the video: https://youtu.be/HadiICSPJZI) with them. Help those you care about better protect themselves and their families.

Just think about this. Practically, wouldn’t you feel more comfortable knowing your emergency fund is actually in a physical location—a secure place where you put it?

Maybe under your mattress is a little cliche, but how about a safe?

At least some of it? Wouldn’t you feel more comfortable with that? Knowing you could just be ready for any emergency without having to first stop by the bank…?

And isn’t that the point? Peace of mind.

Maybe you don’t see where I’m coming from yet. Maybe you can’t imagine a time when this would actually be a problem. I mean, during personal emergencies, sure, banks would be fine… (I’d still like to have it right there, but a bank would suffice.)

But is your emergency fund only for personal emergencies? Sometimes I feel like that’s how most people treat it. And if that’s all you need for peace of mind, fine.

What about a more widespread emergency? One where people panic—where en masse they make a run on the banks? They want their money; they’d feel more comfortable, right now for whatever reason, actually having it in their pocket.

Now, I’m not a doomsayer; I’m not making predictions here. But this can happen ...this has happened.

When this happened in the US during the Great Depression, banks made it difficult for you to actually access your funds. (https://www.npr.org/sections/money/2012/06/12/154719542/three-ways-to-stop-a-bank-run)

When it's in the bank, it's not within your control

Today, of course, with the internet, that would be different. But my point is, when it’s in the bank, it’s not entirely within your control. And when you understand how our banking system actually works with fractional reserves (where they only have to keep 10% of the money you deposit and can loan out the rest), you realize that your money actually isn’t physically  accessible to the bank either! (But that’s a rant for another day…)

To patch up our problem in 1933, the US government started insuring bank deposits with the FDIC. Since then, as that insurance amount has gone up dramatically over the decades, the US hasn’t  experienced any major problems like that.

If you think that system is sustainable (in case you want an update on how the US is doing, you can always check in on the US Debt Clock—again, this is a much deeper topic for another time), then maybe you don’t need to worry about this point. For me (and you can call me crazy), I just feel a little more secure when I have direct access to at least some of it.

It's worse in other countries

If you’re from another country, however, this point may become even more important. Most recently, Greece and Spain have been experiencing these types of bank runs. When people stop trusting in their government's ability to fulfill its obligations, those guarantees have less value.

Economist Charles Wyplosz said, "The problem we have today is that the Spanish guarantee is looked upon by Spaniards as maybe yes, maybe no. That's not the kind of risk you like to take with your money."

Whether it’s a household emergency or widespread chaos, I sleep better at night knowing that I at least have access to some cash, come what may.

#3. One Currency Is Not Enough

(I’m getting crazier here, I know it, but to be totally honest with you—and that's always my goal here—for me to have a complete sense of security during an emergency, one currency is just not enough!)

With the United States government’s unprecedented and constantly growing debt, spending, and deficit levels, I can’t say with 100% surety what our future holds. I do, personally, believe the trajectory to be unsustainable (again, topic for another time), but that doesn’t mean it couldn’t be corrected or improved. I’m not saying some sort of danger is imminent or even necessarily likely, that’s not the point here; I’m just saying that I don’t know what the future holds.

(And if you think I’m crazy... let me know in the comments. I probably am a little bit!)

So again, like the last point but maybe even more so here, if you’re totally sure that nothing will happen, that there’s no chance your country has any major financial problems, then maybe you can disregard this one.

But if even a tiny part of you is uneasy about the current state of affairs, then this might just resonate with you. Remember, a big part of an emergency fund is the feeling of financial security it can bring.

So if you’re going for PRO E-Fund Status… you’ll need to tackle this concern as well.

2 reasons (and how) to diversify your emergency fund

There are a couple reasons I feel more comfortable diversifying my emergency fund, especially that physical portion I keep on hand.

That’s the entire point of an emergency fund: that despite the reality that the unexpected can (does) happen—whether it is personal or mass chaos—you have peace of mind (at least with regards to your financial situation).

So, if you haven’t already, seriously think about it. Do you truly feel prepared, come what may, with only three (or even six) months' worth of living expenses denominated in your country’s currency and held in your country’s banks?

I want to know what you’re going to do about it. What change will you make to your emergency fund so it actually serves its purpose and gives you true peace of mind? Even a small step in the right direction can have a significant impact on your financial future. Let me know in the comments.

How to Select a Financial Advisor–Step 1: Find Out Who They’re Working For [Infographic 2] 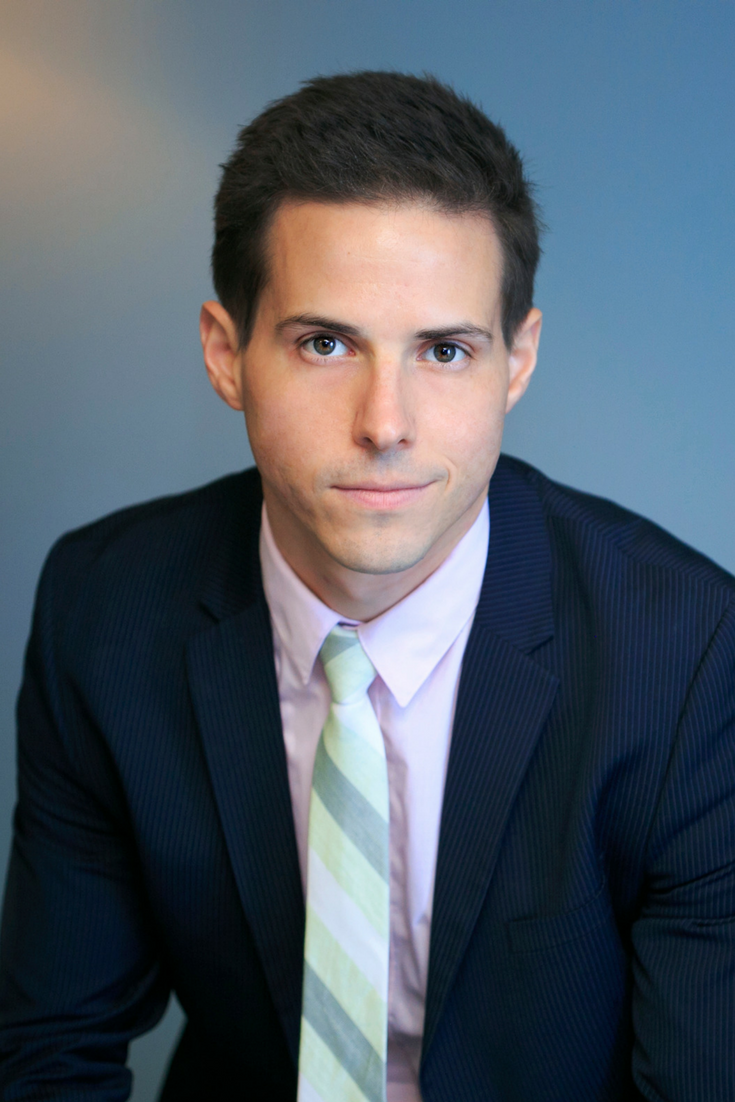 How to Select a Financial Advisor–Step 1: Find Out Who They’re Working For [Infographic 2]
Beware Investment Advice from a Broker-Dealer: Part 2