In Homer's epic poem, The Odyssey, Odysseus must sail past the land of the Sirens. Warned that their song would lure him and his crew to their watery grave, he ordered his sailors to plug their ears with beeswax. But Odysseus, ever the curious traveler, longed to hear the song of the Sirens. He ordered his crew to tie him tightly to the mast and not let him free, no matter how much he begged.

Tempted by the sirens' beautiful song, he commanded his men to untie him. Fortunately, they heeded their previous orders and bound him tighter. Despite his precognition, even the strong-willed Odysseus would have fallen victim to the sirens' seductive calls.

In the treacherous world of investing, the sirens' cry assumes many forms. Unlike Odysseus and his crew, however, we do not have foreknowledge of exactly how or when they will try to lure us to our demise. All we know is that it will happen.

It's dangerous to underestimate the sirens' persuasiveness. Most investors won't perceive the song for what it is until it’s too late. If history is any indication, the temptation will become too strong even for the most intelligent and legendary among us.

If you’re not familiar with the story of how the genius Sir Isaac Newton died broke, you should be. His story demonstrates how even one of the most brilliant minds to ever walk the Earth fell prey to the siren song.

Newton was an early investor in Britain's South Sea Company. After making a tidy profit and feeling as though the shares were becoming overpriced, he prudently exited his position and exclaimed, “I can calculate the movement of stars, but not the madness of men.”

He watched in confusion and horror as his friends (obviously less intelligent than he) proceeded to amass even greater profits as the stock soared.

Put yourself in his position. When the South Sea Company’s stock was up another £100, and then again after the following £100, you remained shrewd and stayed out of the madness which you admittedly did not fully understand. But your friends are making millions upon millions, and the stock just keeps rising. Maybe you’re not as smart as you think you are? Maybe there’s something to this stock game you don’t yet fully comprehend? Maybe you’re missing a once-in-a-lifetime opportunity?

Whether motivated by greed or jealousy, we don't know, but we do know that Newton jumped back into the stock weeks from the top. To make up for the ground he lost while sitting on the sidelines, he went almost all in. The South Sea Company became one of our earliest accounts of a stock bubble, and Sir Isaac Newton lost almost his entire life savings: £20,000 (roughly $3,000,000 in today's dollars).

Up until 2000, Stanley Druckenmiller was one of the best-performing hedge fund managers of all time. At the beginning of that year, he warned his team that a massive and brutal sell-off was close. Yet, somehow, even this seasoned veteran--arguably one of the best investors ever--succumbed. I'll let him tell you what happened. From an interview in November 2013:


I bought the top of the tech market in March of 2000 [after quickly making money in the same space in mid-late 1999] in an emotional fit I had because I couldn’t stand the fact that it was going up so much and it violated every rule I learned in 25 years.

I bought the tech market very well in mid-1999 and sold everything out in January and was sitting pretty; and I had two internal managers who were making about 5% a day and I just couldn’t stand it. And I put billions of dollars in within hours of the top. And, boy, did I get killed the next couple months.

Even the most disciplined trader, with decades of experience and success, is not invulnerable to the siren song. Today, the sirens sing all around us: in our computers, on television, even down the street at the neighbors’ house.

Facebook “friends” are sirens, reminding you of the millions you aren't making due to your decision to "stay the course" --to not follow the herd.

Surf the web, and you’ll hear them in blogs and online journals touting the new investment paradigm.

Turn on the TV, and the songs continue to spew from pundits and experts alike. Take the host of CNBC's Mad Money, for example. Though he may not fit the traditional depiction of a mythological seductress, Jim Cramer is the embodiment of today's siren. He speaks with confidence, and people listen. Here you have a widely-respected investment industry expert and television personality with an impressive track record as a former hedge fund manager. He obviously knows what he’s talking about, right?

All the way through the maddening heights of the two most recent manias, Cramer continued his seductive refrain. For example, in his October 31, 2007 episode, he screamed:


You should be buying things and accept that they are overvalued, but accept that they're going to keep going higher. I know that sounds irresponsible, but that's how you make the money. Right now, up is down, left is right, peace is war.

His timing was impeccable--the market had already peaked earlier that month.

Sadly, Cramer’s rantings make up but a few notes amidst the chorus of sirens, which always gets louder as market euphoria spreads. My point is to illustrate how difficult it is to block out the noise.

Another famous example of an expert entirely missing the mark comes from the world of academia. Yale economist Irving Fisher, at the peak of the bull market just before the Great Depression in 1929, declared that “Stock prices have reached what looks like a permanently high plateau.” As we know very well today, he was sorely mistaken, and those investors who were lulled by his siren song were ruined.

These songs come from friends and neighbors as well as industry “experts.” Human nature makes it almost impossible to ignore our old college friends raking in seven figures as they embrace the latest craze. People are always seeking a way to outperform (or at least keep up with) their neighbors. Slow and steady (read: consistent) year-over-year returns are just not that exciting; it's difficult to maintain the long-term focus we all know we should have.

The risks to which Odysseus and his crew were exposed were greater than ours today--death versus mere financial ruin. However, I don't think the solution will be quite as straightforward for us as it was for those daring seamen. It's unrealistic to assume we won't be able to shake off whatever restrictions we attempt to place upon ourselves, and it's growing increasingly impossible to block out every last note of financial noise.

I don't have the perfect solution, but I do have three suggestions: study history, diversify, and seek sustainable strategies.

​Perhaps the best way to prepare ourselves and our portfolios for the next market insanity is to cultivate a solid understanding of historical manias and panics--not just the last one, but all of them, from Tulipomania in the 1600s Netherlands to the United States housing bubble in the 2000s. Learning from the past helps us recognize similar situations and characteristics. We may not feel confident labeling market conditions as a “bubble,” but we can at least know to shy away.

In my book, Stop Investing Like They Tell You, I talk about intelligently enhancing your portfolio's diversification. That strategy is geared toward protecting your assets--making sure they are still here, come what may. Ideally, investors will remain true to their chosen asset allocations, no matter what market madness is taking place around them. It's through this disciplined application of intelligently-enhanced diversification strategies that an investor should expect more moderate returns from year to year (read: lower volatility), resulting in greater long-term returns (that is the ultimate goal, right?).

​Another good way to help counteract the sirens' inevitable call is to understand and implement more sustainable strategies for realizing outsized returns, like strategically investing in stocks that receive less coverage (micro-cap [see inside our micro-cap portfolio here], international, etc.). In addition to the diversification fundamentals I outline in my book, I also implement a few of these sustainable alpha strategies for myself and my clients (subjects for another time). In so doing, when easy money opportunities come along, we won't be quite as tempted, because we already have something that’s working sustainably.

Prepare your $$$ for the next crash: study history, diversify, seek sustainable strategies.

It's not perfect; I'm no Odysseus. By no means will this make you impervious. But in a world that is predictably unprepared for the next unexpected panic, it is a mast to cling to. 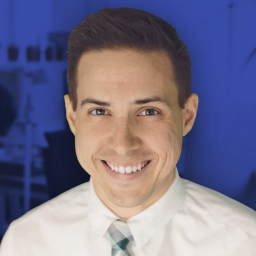